Is Snoring Dangerous? Warning Signs and How to Treat it Written By: Dr. Ankita Shah, February 2022

Is snoring dangerous? This is a common question asked by many, and the simple answer is yes, it is!

While snoring is quite common among children and adults, snoring at any age is not normal. Snoring is a result of obstruction to the airway that limits the free passage of airflow causing vibrations that are often heard as a snore. The reasons for airway obstruction may be due to tongue ties, narrow upper jaw, elongated soft palate, backwardly positioned lower jaw, tonsil or adenoids. Snoring can also be a warning sign for obstructive sleep apnea - a type of sleep disorder. Thus, it’s best to treat snoring at the earliest possible before it severely impacts your health.

A] Warning Signs That Indicate Snoring is Dangerous

Snoring can partially or completely close your throat during sleep, making breathing difficult. It’s not uncommon for people who snore to wake up numerous times during the night gasping for air, which is caused due to the loss of oxygen. This continuous break in the natural sleep-wake cycles invariably leaves a person tired and drowsy throughout the day. Also, apart from excessive daytime sleepiness, chronic sleep deprivation (as a result of snoring) could cause health problems such as obesity, cardiovascular disease, high blood pressure, diabetes, acid reflux & digestion issues, and even early mortality.

The primary cause of morning headaches is low oxygen and high blood pressure during sleep. It can also be caused due to teeth clenching and grinding. Additionally, snoring can cause a lack of concentration during the daytime. This is a result of blocked nasal passage, which hampers breathing and affects brain functioning resulting in difficulties with attention and concentration.

It is quite common for people who snore to experience restless sleep caused due to tossing & turning and waking up frequently during the night. It is noted that snoring for 30 seconds or less can drop the blood oxygen level to 80%. All of this prevents an individual from falling into deep stages of sleep, leading to poor sleep, which is often noticed through:

4. Waking up with a dry mouth or sore throat

5. Gasping or choking at night

As mentioned above, snoring can cause a drop in blood oxygen levels during sleep, thereby putting a lot of stress on your heart & body. This can make you fight and struggle to breathe, thus making you gasp and choke at night.

Other warning signs of snoring include:

Difficulty waking up in the morning

Poor performance on the job, or in sports

Falling asleep during work or class

Risk of serious accidents and injuries

To know the different signs of snoring in children, read this blog

If you’ve ever wondered why snoring occurs, then one of the reasons for it could be mouth breathing. Ideally, the healthy way of breathing is inhaling & exhaling through the nose with the mouth closed. However, if there is an issue with the functioning of the nose, it could disturb the balance between the nose and the oral cavity leading to noisy breathing, snoring, and eventually sleep apnea.

Incorrect breathing habits can worsen sleep disorders (in this case snoring) by leading to muscular dysfunction and postural imbalances. In some cases, restricted or low tongue posture can cause the upper jaw to become narrow, thereby disturbing the orofacial system and narrowing the airway. When the upper jaw becomes narrower, it invariably pushes the lower jaw back, thereby further compromising the airway which presents itself in symptoms like snoring, poor sleep, fatigue, teeth clenching and grinding.

Adenoids and tonsils are tiny tissues located behind the nose and the back of the mouth (both sides of the throat), respectively. If either or both of these tissues are enlarged (swollen) due to an infection, it could cause airway obstruction leading to snoring.

As mentioned above, breathing through the nose is a healthy way of breathing. Thus, if a nasal blockage blocks the smooth airflow during sleep, it may contribute to snoring. Other nasal problems include deviated nasal septum (a crooked partition between nostrils) or nasal congestion.

Obesity is another likely cause of snoring as the excessive fat in the neck and tongue can restrict the airflow. It can increase the risk of SDB, especially obstructive sleep apnea (OSA). However, while it may be a cause for snoring, it is not a prerequisite as thin people can also snore.

OSA is a condition in which the throat closes completely during sleep, making breathing difficult. It is estimated that in this condition people can stop breathing up to 400 times in a single night. The intervals can last from 10-30 seconds, followed by a snort that indicates a person is breathing again. Here, snoring can be a symptom in people suffering from OSA.

Tongue tie can cause the tongue to sit on the floor of the mouth rather than the roof (which is an optimal position). This can affect breathing, posture and jaw growth, and make drinking, eating and swallowing difficult. If a tongue tie is not treated, it could lead to snoring and slowly progress to sleep apnea. To prevent this and other health issues, treating tongue tie is essential. This could help open up the airway and improve nasal breathing.

Our muscle tone tends to weaken as we age. If the muscles in the face, throat and tongue become too relaxed, it could narrow the airway, causing obstruction and leading to noisy, loud snoring.

When jaws become narrower or start to recede, it could result in insufficient tongue space in the mouth. This could cause airway obstruction, which would eventually affect the airflow and cause snoring. 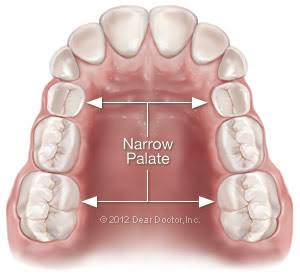 A narrow upper jaw or lack of muscle strength can cause the lower jaw (and the tongue) to drop backwards during sleep, collapsing into the airway. This makes the body work harder to pass the airflow through the blocked tissues in the throat, causing vibrations that sound like snoring.

Allergies could lead to inflammation in the nose & throat, making breathing difficult, thus increasing the risk of snoring. Asthma, on the other hand, may affect normal breathing as it blocks the airway partially, which could result in snoring.

Can snoring be cured? Yes, it can!

Snoring can lead to a host of health issues, especially as one age. Thus, taking immediate action starting from an early age is important. While some may use conventional approaches to treat snoring, using a comprehensive treatment approach is likely to provide you with the best results in the long run.

A comprehensive treatment approach will help you address not only snoring, but also other conditions caused due to it. A multidisciplinary holistic approach includes non-invasive procedures like:

Oral Myofunctional Therapy: This exercise program is used to correct the improper functions of the tongue and facial muscles. Oral Myofunctional therapy helps strengthen the tongue and orofacial muscles. This program teaches individuals the right way to tone and use muscles, helping them achieve essential functions like nasal breathing and swallowing.

Airway Orthodontics: This treatment approach focuses on bringing the jaw growth forward and making it wider, thereby opening up the airway - an essential component that helps treat snoring and improves the individual's overall health & well-being.

Breath Retraining: The main aim of breath retraining is to normalise nasal breathing since mouth breathing increases the risk of snoring.

Correction of Tongue Function & Mobility: If a tongue tie is the reason for snoring, an individual has to undergo the tongue-tie release procedure that integrates myofunctional therapy both before, during, and after surgery.

Sleep Appliances to Treat Snoring: Below are the top three sleep appliances that can help treat snoring.

This sleep appliance helps treat snoring and mild sleep apnea. While sleeping, the dental device can gently reposition the lower jaw via different controlled forwarding movements providing more airway space as required. This treatment for snoring is comfortable and considered one of the most effective long-term therapies.

This sleep appliance helps treat snoring and OSA. Dorsal Sleep Appliance is similar to a custom-fitted mouthguard that you can wear while sleeping as it aids in keeping the airway open.

This sleep appliance is the first advanced Oral Appliance Therapy (OAT) device that is easy-to-use, comfortable to wear, hygienic and BPA-free. This is ideal for treating OSA and snoring.

Want more information or have queries related to snoring? Get in touch with us!

The Unexpected Reason Behind My Sons Picky Eating

Signs That Indicate Your Child's Snoring Is a Problem

Keep Calm and Breathe On!

Here at The Tongue Tie & Sleep Institute, India our core value is health first, always. So we’d like to share what we are doing operationally for COVID-19 in order to uphold our commitment to serving you safely and reliably.

As we continue to monitor the evolving local and global impacts of the novel coronavirus (COVID‑19), we are following all the regulations provided by the local, national and international health authorities.

In an effort to best keep our patients, colleagues, team, families, and community safe, we are providing online screening and breathing retraining and myofucntional therapy virtually via telemedicine, meanwhile honoring social distancing and staying safe comfortably at home. If you are planning a visit to our clinic, we ask that you let us know in advance about your symptoms so we can discuss options virtually and plan treatment sessions appropriately, meanwhile honouring the Covid-19 protocols.

Clinic would be operational for limited hours. Don't hesitate to contact us on +91 9820737209 with any medical questions you may have.

Thank you for your understanding. Wishing all the best to you and yours!

Let us know what time suits you!

Thank you for requesting an appointment. We will get back to you with a confirmation soon.

Review Us On Google